The genesis of RPG Battles was to make the Pathfinder Roleplaying game more accessible to people new to roleplaying. And we’ve been working hard at that.

But it became apparent during our first playtests of RPG Battles: The Board Game, that the world needed an even easier way to fall in love with roleplaying. So we invented RPG Battles: The Card Game.

RPG Battles: The Card Game is flat-out the easiest roleplaying game you will ever meet.

A Cards, Dice, and Strategy Game is Born

RPG Battles: The Card Game offers players the opportunity to play the role of one of six different character classes that are based on the Pathfinder Roleplaying Game. Each player may select from:

Once your adventuring party is formed, it’s time to begin! As a player, it’s your job to equip your character with the weapons, armor, and magic that will allow you to be the last player standing. You’ll learn the basics about such roleplaying concepts as:

Each Character Class has a special ability that is unique. It’s up to you as the Player to strategically use your Character’s abilities, in combination with the cards in your hand, to fight monsters and be the last Character to survive.

Selecting the Character that best matches your play style is a great way to leverage each Character’s special ability. 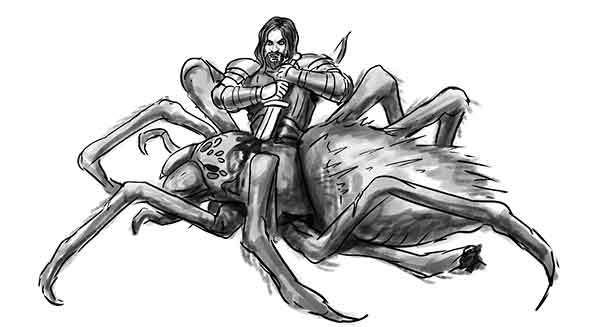 Play testing of RPG Battles: The Card Game is well under way. We’re eternally grateful to those who took the time to play the game and provide us with feedback. Early feedback helps us revise the rules and improve the game before we launch our Kickstarter.

And we’ve already made changes to the game based on playtesting feedback:

We are super-excited with these improvements and are gearing up for our Kickstarter to introduce RPG Battles: The Card Game to the world. Remember to subscribe to our newsletter for updates as we charge toward the launch this Fall.